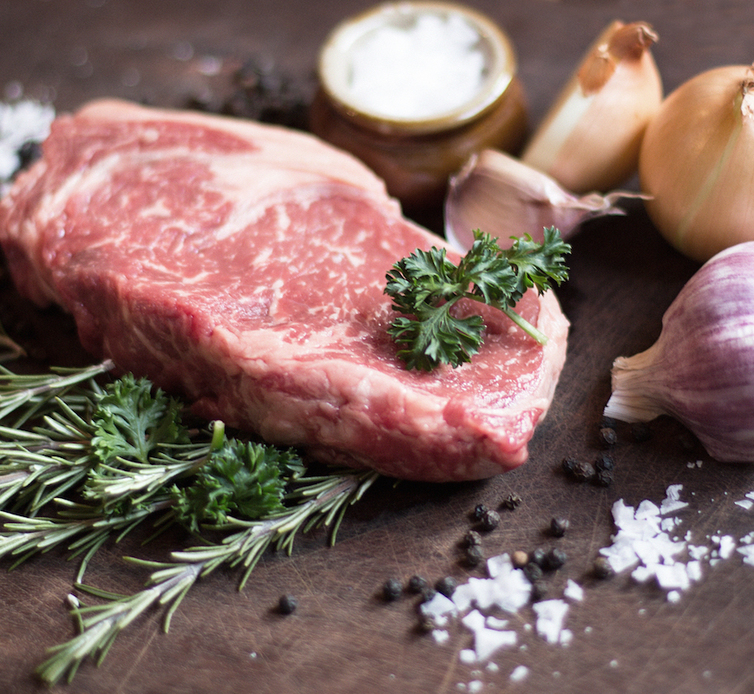 Tasmania is world-renowned for its rugged wilderness, pristine beauty and landscape of vivid contrast. Cape Grim in the far northwest corner, shaped by wild Southern Ocean swells, abundant rainfall has the cleanest air in the world.

Our proud collective of beef farmers throughout Tasmania, King and Flinders Islands, have a commitment to sustainable farming and ethical practices.

They nurture the finest quality cattle, without harming the pristine environment.

Raised on rich pastures with nothing else added, Cape Grim Beef is hand-selected and rigorously graded, rewarding you with pure beef flavour – made by nature.

Cape Grim Beef is guaranteed to be tender, juicy and of the highest eating quality

Tender and juicy imported beef from grass fed cattle, ethically reared on a diet that contains no animal by-products, no growth hormones and no antibiotics. Product arrives frozen.

Also called as scotch fillet. The scotch fillet is found along the back, running from the striploin to the chuck. Prepared from a boneless rib set,it’s taken from a support muscle that does little movement. Scotch fillet steaks are tender and juicy and are suited to grilling, but can also be thinly sliced for use in stir-fries.

1: Brush each side of the steak with oil, season with salt and pepper

3: Cook on one side until the first sign of moisture appears, Turn steak only once

Product was ok - I think other products might be better